Venegas Capital is a boutique investment bank serving clients throughout the world. With a focus exclusively on investment banking, we bring expertise in a broad range of areas, including such specialties as restructuring, real estate finance, roll-up acquisitions, bridge capital, and internal growth financing.

We offer a range of services specifically related to the experience of our management and associated partners. We provide a…

VENEGAS CAPITAL is a boutique investment banking firm servicing clients throughout the world. We are always looking for investment bankers that share our goals and passion for excellence. We would like to hear from you if you are interested in a position at VENEGAS CAPITAL.

Please email your resume to info@…

Join us on April 24th to learn about our customized M&A CRM solution.  You will be able to manage your deals better with all of your data in one location and accessible across your firm. Streamline your process from beginning to end:

CRM for M&A Webinar - Spend more time on deals and less on administration.

Join us on Friday, February 6, 2015 at 11:30am EST for and learn how CRM for Mergers and Acquisitions  will enable you to streamline your processes, such as, managing and forecasting the progress of potential deals, analyzing key performance indicators (KPI's) with real-time dashboards, and identifying interested companies through effective marketing.  By having…

As I prepare to move to California and open our SoCal office (LA), I reflect on something Phil Mickelson, Hank Moody,  Shaq, Tony Robbins, and the Ex-Governator have in common…they all hated on California for its state taxes. And with an upper bracket of 13.3%, well, it’s easy to understand the frustration. Think about it, on $1M that’s $133,000 in just state taxes immediately working for the taxman, not for you. All the sun, sand, and surf can’t help ease that…

I am looking for new assignment

We work as a troubleshooter for business’ and organisations to help them perform better at their business. Trancona delivers value by either increasing the revenue that a client generates or decreasing the costs for our client.

We are proud to have represented many of our clients for 20 years or more.

We provide you with an established service, tailored to your specific…

VENEGAS CAPITAL has expanded to include Private Equity, and Real Estate

VENEGAS CAPITAL has expanded to include Private Equity, and Real Estate, in addition to its broad investment banking advisory capacity 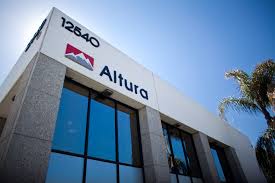 Earthsmart has been acquired by Berkley International Packaging.

VENEGAS CAPITAL seeks to partner with the strongest companies in the middle market.

VENEGAS CAPITAL seeks to partner with the strongest companies in the  lower middle market & get actively involved in their growth & development.

Our success is based on our unique approach – we don't limit our thinking. We uncover who the best buyers are for your business.…

Lavrynovych & Partners is pleased to announce that Dmytro Savchuk has been promoted to Firm’s Senior Associate. Since January 1st, 2014 Dmytro is responsible for the legal work in the sphere of competition and antitrust, corporate and tax laws, as well as intellectual property.

Dmytro Savchuk joined Lavrynovych & Partners as an Associate in 2010. Dmytro…

Lavrynovych & Partners is pleased to announce the expansion of labor practice, as one of the Firm’s priorities.

The Firm is traditionally named among the  Top 5 law firms in capital markets, banking and finance, tax, and litigation. Firm’s Partner Stanislav Skrypnyck is named among  the Тop 3 leading lawyers in bankruptcy and Top 5 lawyers in…

Tory Burch designer sportswear is a have to for any girl hitting the resort during winter or heading for the beach for the summer. Tory Burch's designs are whimsical and full of life that adds severe colour to any wardrobe. Inspired by her worldly travels, Tory Burch infuses a global aspect into all of her designs from brightly colored caftans to sumptuous leather Tory Burch flats.

The label was made in 2004 and it quickly became a hit with New York elite. Tory Burch started to…

For very just a few years denim tommy hilfiger jean shorts have already been a really common style style for girls and girls. The motives for their recognition are not difficult to see - they are both sensible and comfy, and such shorts can easily be mixed and matched using a selection of other garments to make an ultra-casual or even a a lot more dressed-up look. Until not too long ago, denim tommy hilfiger jean shorts have been commonly pretty long, using the bottoms with the shorts…

Case Study: When a 1031 Exchange fails and the client wants these funds to remain in Real Estate - the next best option.

A client sold a highly appreciated commercial property with intent of completing a 1031 Exchange.  He had one particular property in mind and thought it would easily close within the allotted 180 days.  Early on in the exchange it appeared there may be some issues…